Stop the nonsense on LinkedIn 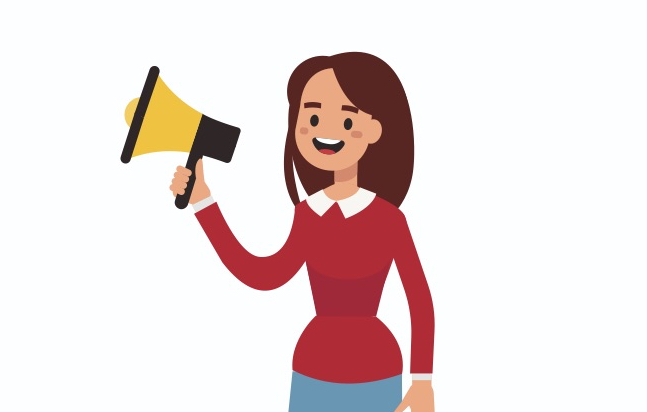 As I write this, LinkedIn has over 690 million members and is used in more than 200 countries and territories worldwide. Whether you’re networking, seeking clients or looking for a job, LinkedIn works best when people notice you and you interact with them. So how can you make your profile stand out and get attention?

You start with what you put in your job title and the About section at the top. After the photograph, these are what make the strongest impression and encourage people to read on. Yet many people post weak text full of the latest business buzzwords and not much substance. The result is a missed job opportunity, lost customers, a poor reputation – or all three.

LinkedIn is a professional place, and your profile should reflect that. As an experienced copywriter, I’d like to make three suggestions about how to make your introductory text better.

1. Use proper grammar, spelling and punctuation.

LinkedIn is supposed to show your competence.  Even if you’re not working as a writer, you probably have to write something in your job – a report, a case summary, or at least emails. People expect a well-educated individual such as yourself to be able to communicate in a professional way. If you can’t write clearly, who’s going to hire or do business with you?

A lot of people who use LinkedIn in English are not native English speakers. That’s fine, but it doesn’t give you an excuse to write poorly. You are showing off your skill with a second language. Make sure you look skilful.

A fresh pair of eyes can really help. Whether English is your mother tongue or not, don’t wing it. Get somebody to proofread your profile.

2. Don’t use a pretentious job title.

Some people, especially those who are self-employed, like to give themselves an edgy job title like “Management Wizard”. But this is just silly. Your job title is meant to summarise your work role. It is not supposed to be an attempt to make you look like the coolest kid in the school playground.

Here are three of the most ridiculous words I’ve seen used in job titles on LinkedIn.

badass – going against the norm is obvious by your actions. If you have to tell people that you’re a badass, you’ve actually just said that you’re not.  The word “ass” in this context is also mildly and intentionally vulgar, as if that makes it more exciting. I recently wrote a blog on swearing in business. Don’t do it.

ninja – this sounds absurd in any field that doesn’t actually require physical stealth. Nobody engaged in IT, marketing, management, presentations, networking or any other field of business is a ninja. Unless your job is martial artist, spy or paid assassin, leave it out.

thinker – everybody thinks. It’s an activity, not a job title. Even philosophers, maybe the closest to pure thinkers, have to philosophise (speak or write) once in a while. Define your job by your role (e.g. CEO) or your output (e.g. writer).

Most people use a conventional job title, but there’s nothing wrong with an unusual title, or even no title at all. In my own profile, I use a descriptive phrase that captures the essence of my work and leave the title to the Experience section. Whatever you choose, just be sure that it makes business sense, so readers know what you do.

It’s very tiring to sift through LinkedIn profiles full of rubbish. You’re here to be noticed, but that won’t happen if you fill up your profile with meaningless jargon. The people who impress others the most don’t try to “fit in” with common clichés – they are just themselves.

A good rule of thumb is to avoid terms that describe what everyone should be anyway. You can test this by checking if you could be the exact opposite and still be effective. For example, many people say they have a “can-do attitude”, but would anyone describe themselves as having a “can’t-do attitude”? Of course not, even though they know that they “can’t do” everything. Think instead of what you are really trying to say about yourself and write that.

Here are five more clichés you should avoid in your LinkedIn profile. They never really made sense in this context, but they’ve been so overused, they’ve lost whatever meaning they did have and need to be replaced with something better.

demonstrated history – this is a very common term on LinkedIn. But what does it actually mean? If I have a “demonstrated history of writing blogs”, then I’ve written some blogs. Be clear in your expression – why garble the message with this strange phrasing?

good at both teamwork and working independently – every competent adult should have the interpersonal skills to work in a group and the ability to work alone, because every office job requires one or the other all day long. If you want to highlight a skill, such as group facilitation or high-speed typing, say that. This vague, generic phrase adds nothing.

passionate – everyone’s passionate about their work these days, so it won’t make you stand out. But why even use it in a business context? True passion is highly emotive. I like to say I’m enthusiastic about my work, but I’m passionate about my girlfriend. It would sound very odd the other way round. Find a better word and save your passion for your personal relationships.

reinvent – a quick search of LinkedIn reveals many people who claim that they can “reinvent” business, manufacturing, or even whole workplaces. Yet it’s almost always an exaggeration. People don’t reinvent everything – it would take far too much time and effort – but “tweak” doesn’t have the same ring to it. What about “upgrade” or “improve” or even the trusty “develop”?

…in my DNA – your biology is in your DNA. Business growth, marketing, entrepreneurship and your professional skills are not. Tell us how good you are at these things with real evidence of what you’ve done.

Every time I see these words in a profile, I roll my eyes. And I’m not the only one.

The best writing is clear and to the point. With a lack of skill, originality and effort, you fail to give a clear picture of who you are, what you’ve actually done, and why that recruiter or client should choose you. Take the time to craft good text and you’ll get more out of LinkedIn.